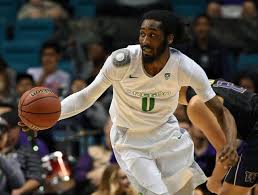 BK Levicki Patrioti (SBL) signed 25-year old American forward Dwayne Benjamin
He played recently at BK Pardubice in NBL league in Czech Republic, but left the team earlier this month. Benjamin managed to play in three leagues this year. In 13 NBL games he had 15.0ppg, 6.8rpg and 2.4apg. Benjamin also played 5 games in FIBA Europe Cup where he recorded 14.0ppg and 4.2rpg. And finally he contributed to 2 games in Basketball Champions League where he averaged impressive 16.5ppg, 6.0rpg, 1.5apg and 1.5spg. The last season Benjamin played at Blokotehna (Prva Liga) in league. In 31 games he got 15.0ppg, 5.5rpg, 2.4apg and 1.3spg. He also played 13 games in Balkan League where he was third best scorer with remarkable 19.2ppg and got 6.1rpg, 2.1apg and 1.8spg (in top 5). Benjamin helped them to make it to the semifinals. A very impressive season as he was named to Eurobasket.com All-Balkan League 2nd Team and League Player of the Week (3 times).